Contactless payments is a very convenient technology. You don’t have to take the card out of your wallet (most of the times). You touch in the wallet, wait for a confirmation and you can go.

But that’s only if you have a single contactless card in your wallet. Get 2, and it becomes a roulette game. It gets worse in tube (metro) as if you touch in with one card and touch out with another - you’ll get charged twice. That’s because the system can’t detect that you did one connected journey.

There are few solutions to this:

You can argue that using your phone is as convenient as having one contactless card in your wallet, and is actually more secure but it has few drawbacks:

But having only one contactless card has one drawback - you still need a back-up. It can be a secondary card or some cash. Unfortunately nowadays most cards are contactless so you may have some hard time finding a non-contactless card.

We’re going to fix that by disabling contactless functionality.

Warning: This is irreversible - once done, if you want contactless functionality back - you’ll have to order a new card.

Short lesson on how contactless works

Contactless is based on induction. For that your card has several wires that serve as an antenna for communication and power. Those wires are in a loop, and if the loop is broken - then the antenna doesn’t work. So cutting one wire that would break the loop - will disable the contactless functionality and will not interfere with other cards.

How to identify which wire to cut

From the looks of most cards wiring and my experience - it’s enough to cut any one wire to disable contactless completely. There’re few caveats though which we’ll cover next.

The easiest way to see all the wiring is to use a X-ray machine. It will give you a picture like this: 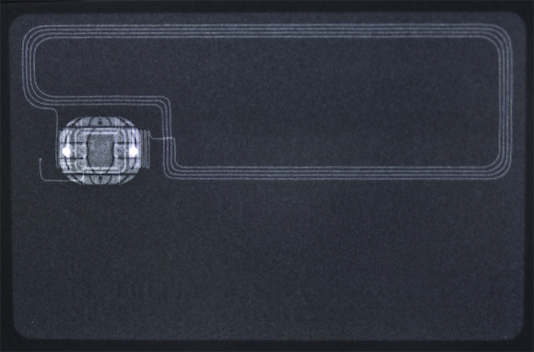 I don’t so I went with the next easiest thing - use the light. By using the flash light from you phone - you can detect the wiring for many cards. Some cards are less transparent then others, so you’ll need a dark room and you’ll have to light few “hot spots” where the wires are the easiest to see. 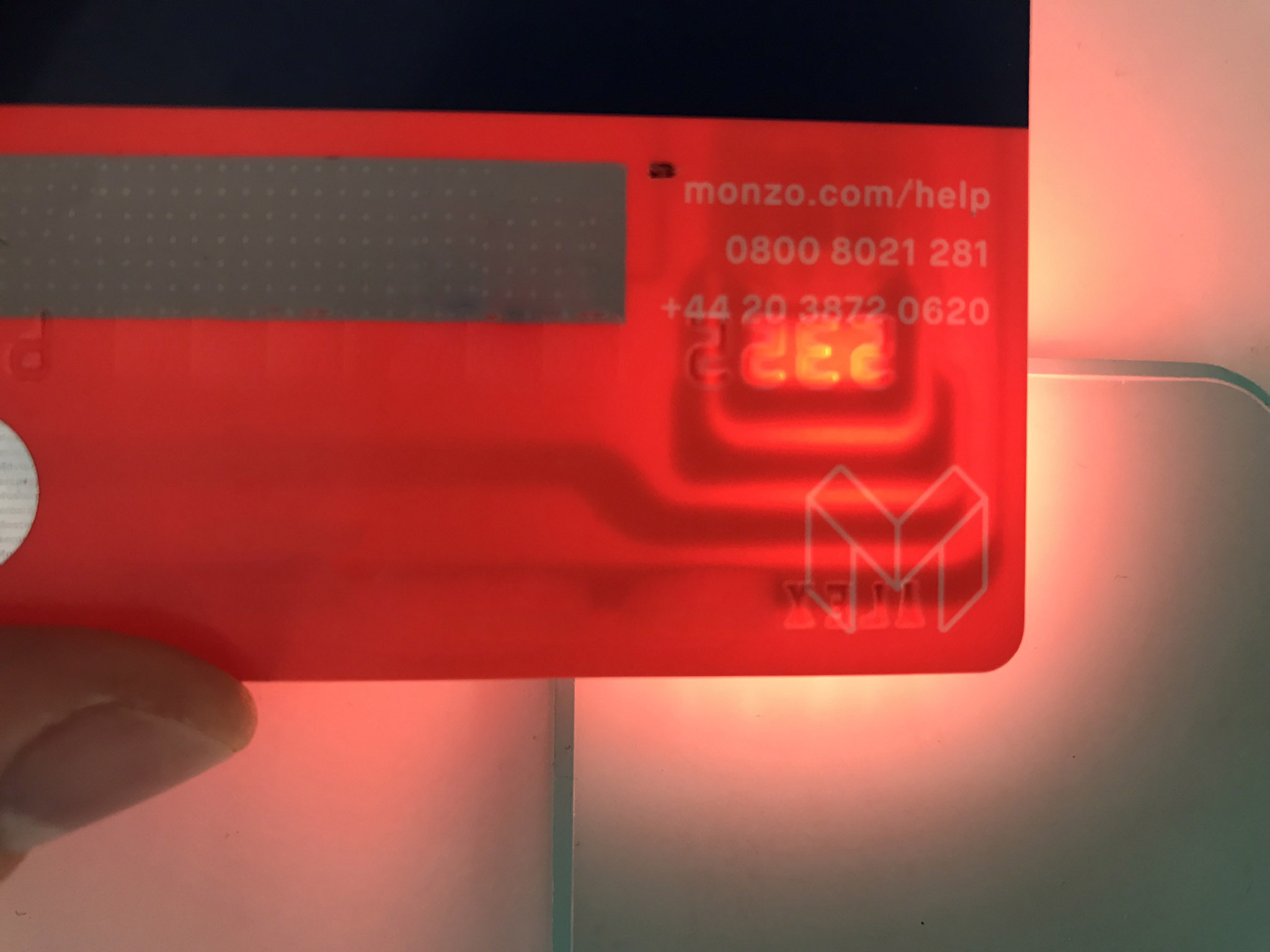 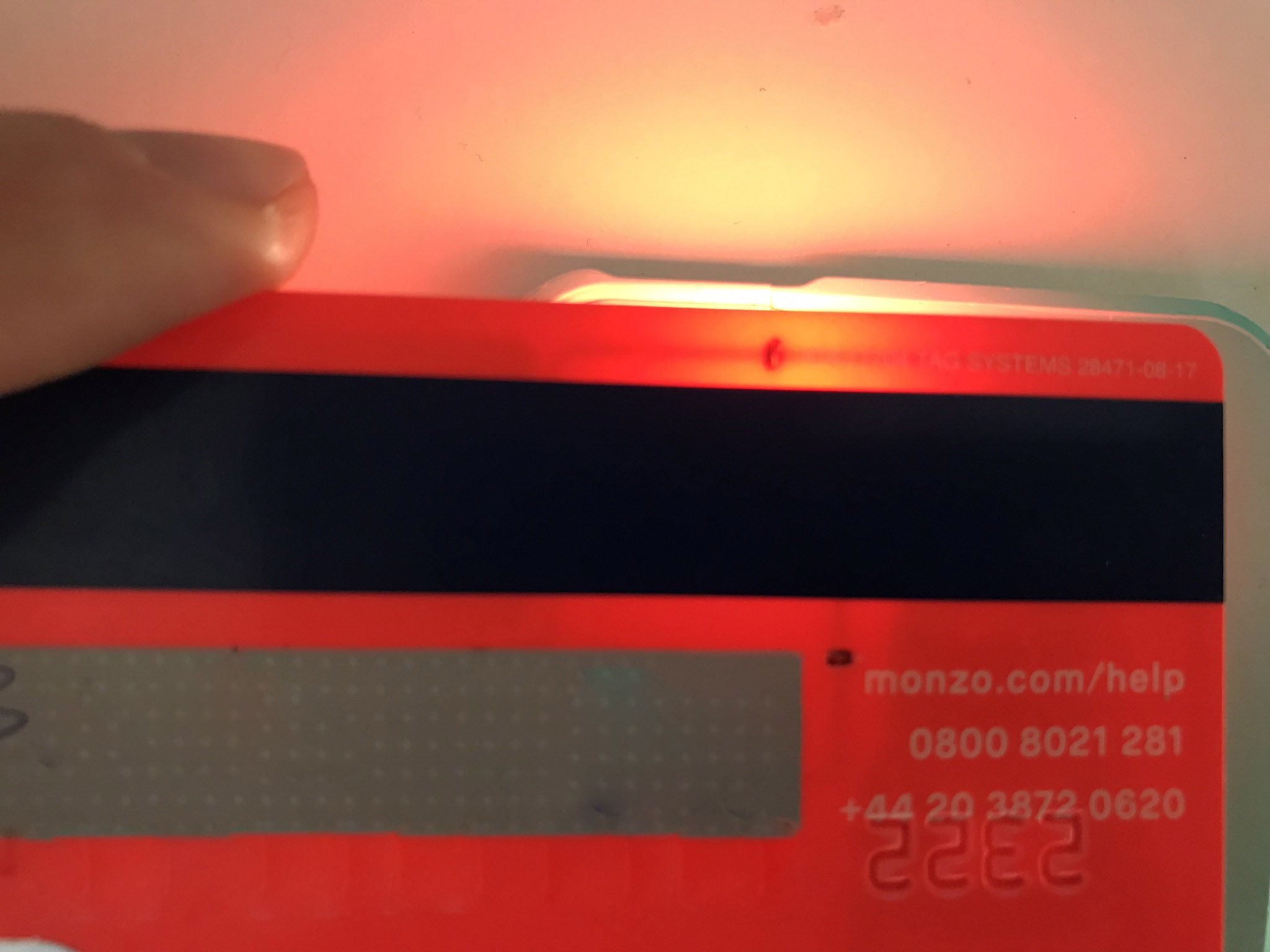 When you spot the wire - I recommend marking them with a marker so that you know where to cut.

If the card is very opaque and it’s hard to see any wire, or you don’t want to spend time on this - jump to Cuts that will work 99% of times.

Cuts that will work 99% of times

There are 2 cuts that should cover most cards: 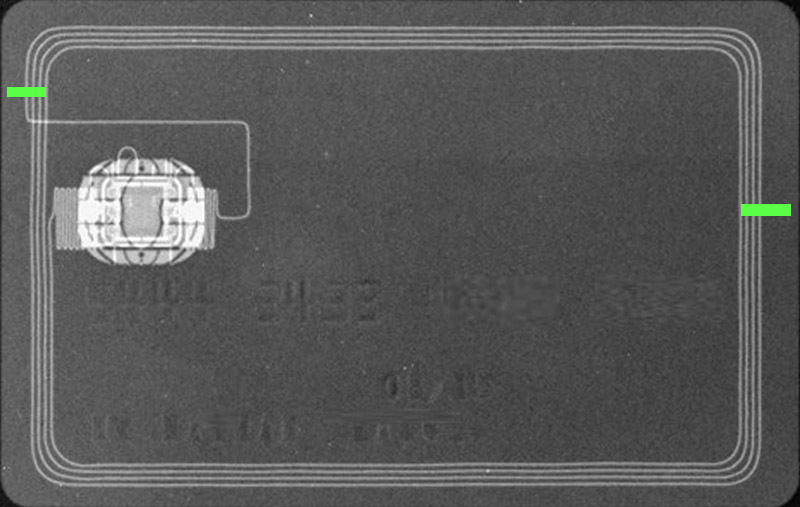 After identifying which wires to cut, you can use a sharp knife to do the cuts. A kitchen knife should do it.

It’s enough to do a small cut-through to break the wire connection. If you’re unsure - do a wider or deeper cut.

An alternative is to use a paper punch which will definitely cut the wires ;) 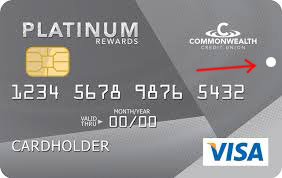 Or make a deep cut using scissors like in this picture.

Here are few wiring for some popular UK cards:

Monzo and Revolut have the same complicated wiring: 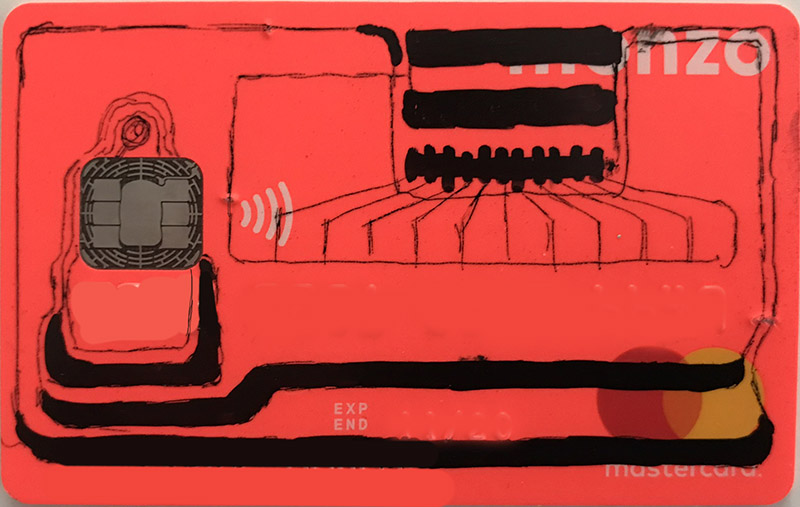 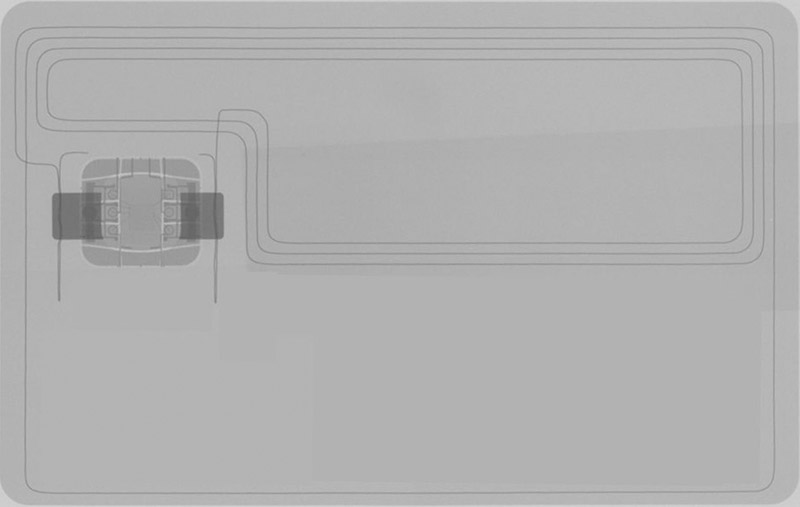 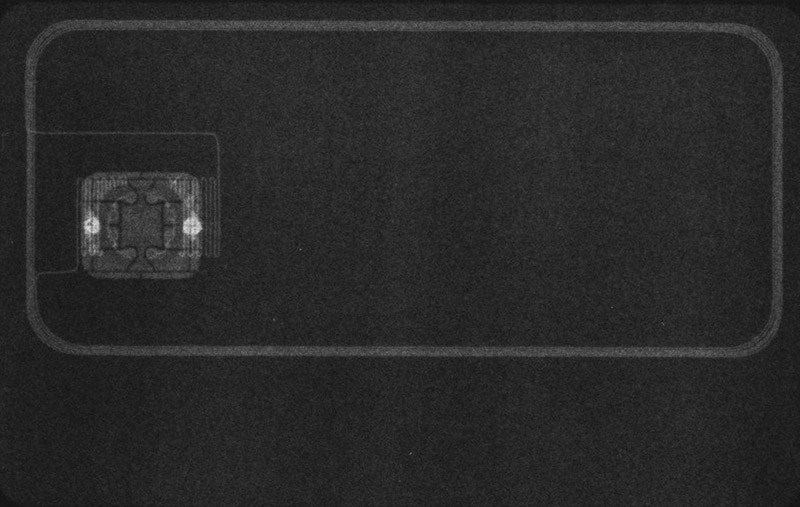 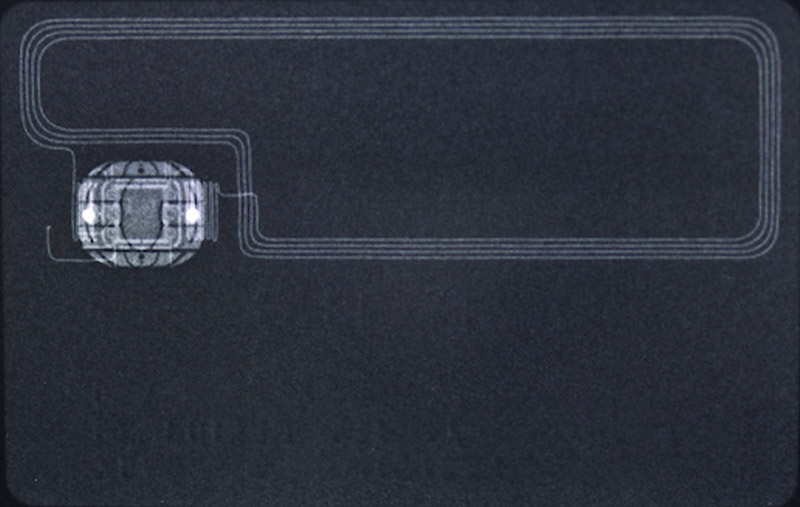 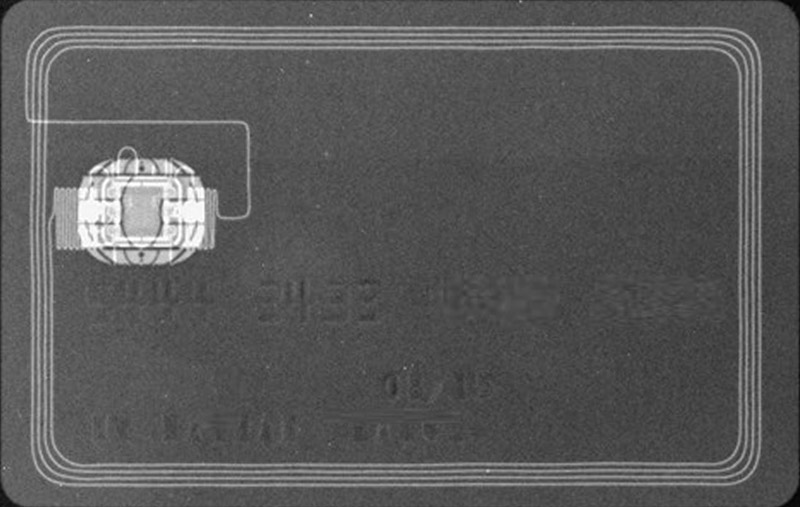 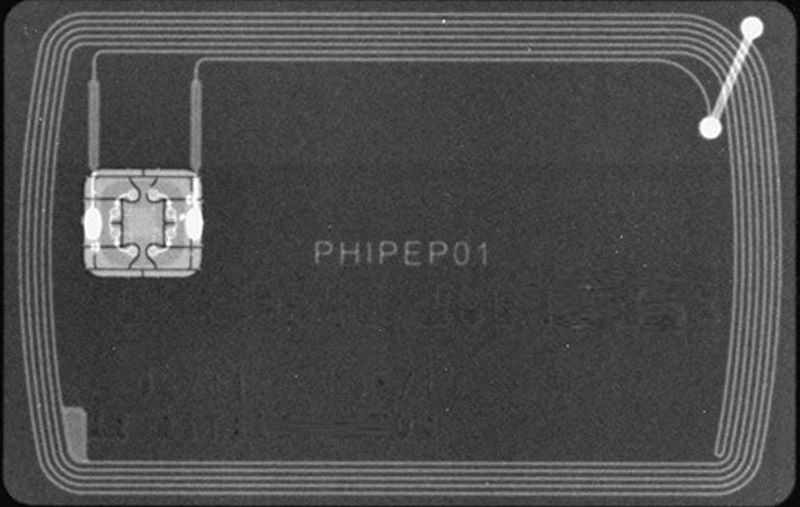